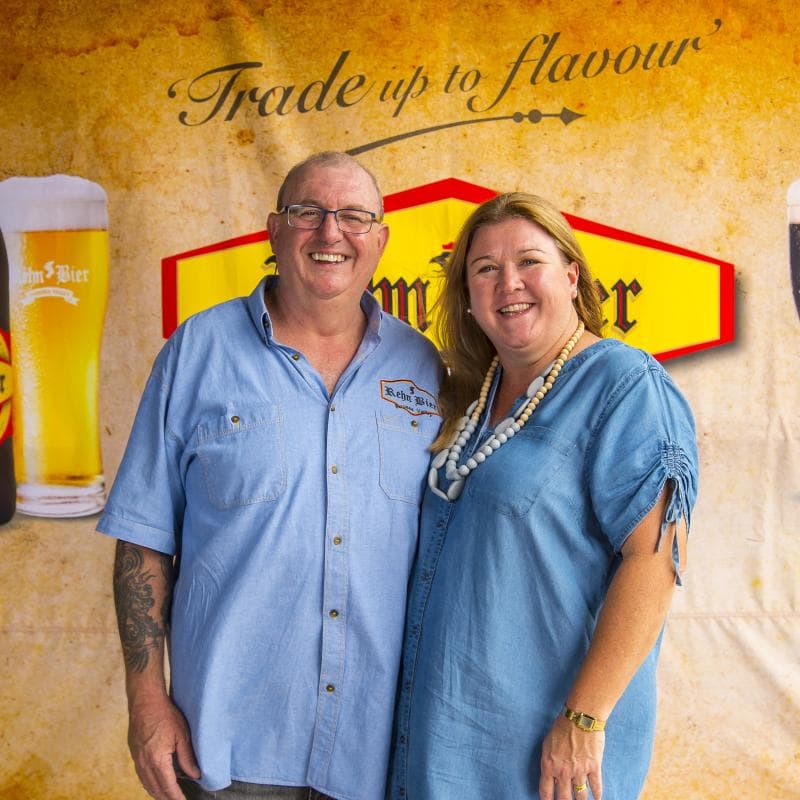 We all know the saying “if life gives you lemons, make lemonade” so when Secret Santa gives you a home brew kit, you make beer right?

Well Christmas 2007 delivered Brenton Rehn exactly that, a home brew kit, and he’s been making beer ever since!

Turns out Brenton had a real talent for brewing, and what followed were some great quality kit brews. Eventually the lure of ‘all grain’ brewing saw Brenton upgrade his brewing system to a pretty decent rig, the very first ‘Mash Pilot’ produced by Wayne Orsler of Beer Belly Brewing. Armed with the ability to really make some great beers from scratch Brenton honed his craft, along the way picking up a swag of medals and trophies from local Shows, State Competitions, and even some awards from the National Competition for homebrewers.

Things were getting serious. Floating the idea of starting a small commercial brewing operation with his wife Robyn, Brenton met with some resistance. As an Accountant (a bit conservative in her outlook) and with Brenton wanting to give up his day job driving trucks, Robyn wasn’t convinced that this was going to be a good thing.

Fast forward to July 2012, Robyn was also on board and things started in earnest. Long believing that if you are proud of something, you put your name on it, both agreed the business should be called “Rehn Bier”.

The Rehn Bier logo draws on both inspiration from the Rehn Family Crest, as well as adopting the German spelling of beer – Bier – as a way of paying tribute to both the Rehn family’s German heritage, as well as the brewery’s location in the Barossa Valley, South Australia, settled by German Lutheran’s in the early 1840’s.

Some 8 years before the arrival of the first Lutheran settlers in the Barossa Valley, Johann Rehn & his wife Anna arrived in the new colony of South Australia (April 22, 1837 to be precise) to work for the English owners of The South Australian Company. The ships’ manifest listed Johann Rehn as a flax grower, obviously a skill set required for the fledgling colony, flax being used to make linen.

Their method of transportation to South Australia, the three masted barque the “South Australian” set sail from the English Port of Plymouth on December 24 1836 but as fate would have it; was wrecked in a severe storm later in 1837 & become South Australia’s first Ship wreck. The wrecked remains lie near Rosetta Bay, close to Victor Harbor.

As a descendant of Johann & Anna, Brenton Rehn pays tribute to his pioneering ancestors through the naming of the Rehn Bier flagship “1837 Ale” a full flavoured Australian Pale Ale, brewed with all local South Australian grown malt. 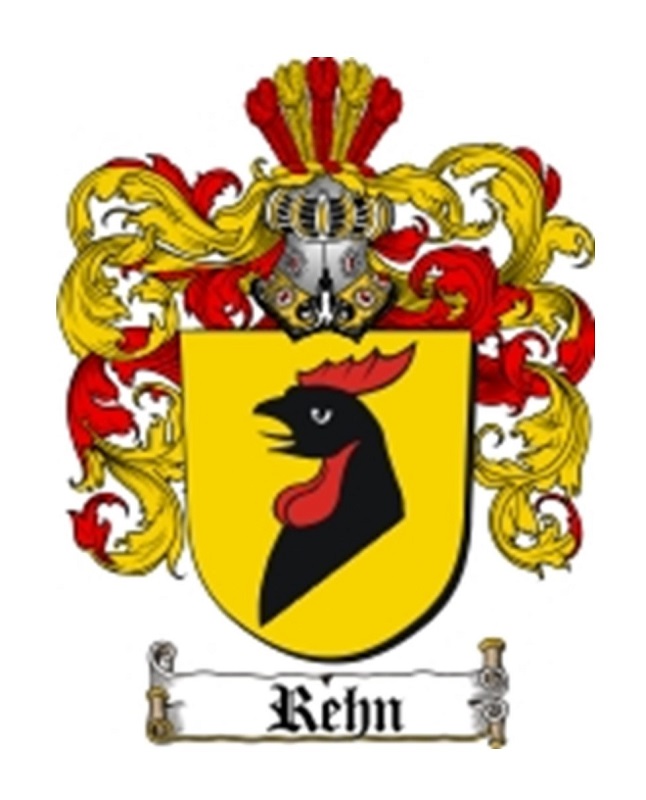 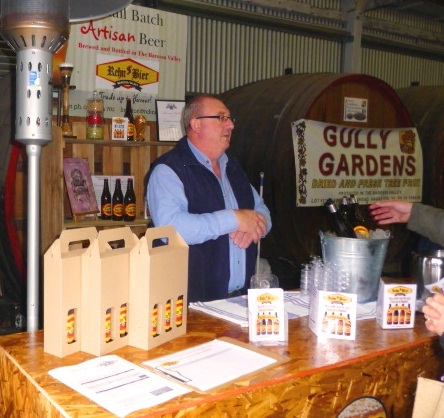 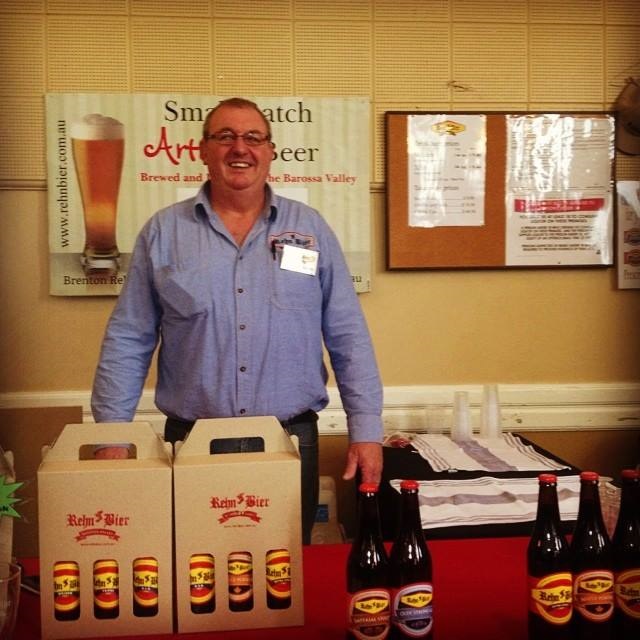 Being a Nano sized brewery was a good starting point; learning the ropes of running a small business and commercialising the best of Brenton’s home brew recipes into their starting lineup of 4 beer styles: Weizen, XSB, Tripel, and Extra Stout. A weekly stall at the Barossa Farmers Market served as a shop front and they sold over $500 worth of beer in their first week. The business was out of the starting blocks!

Whilst the Farmers Market and other pop-up stalls proved a wonderful way to start and gain bit of traction for their new business, eventually the demand for their beers outstripped their ability to supply on their glorified home brew setup and Brenton & Robyn needed to think long and hard about their next move. Their business was small and not making any money, and they really didn’t have the means to take the next step. There was the realisation that maybe it was time to throw it all in and for Brenton to return to the paid workforce. A decision was made to shut down – they’d given it their best shot.

Before they could announce their decision to customers & suppliers a chance piece of news came through; the results from the 2015 Australian International Brewing Awards (AIBA), entries for which had been submitted months beforehand and largely forgotten.  A Gold Medal was earned for their Extra Stout! The news washed over them with a mix of elation and sadness. It was truly a David & Goliath moment, a tiny brewery from a small regional town winning a Top Gold Medal at a prestigious International competition – the stuff dreams are made of. The enormity of the win and the fact that maybe things were not making economic sense, but they were definitely making good beer! finally they knew that they had to give things another crack! 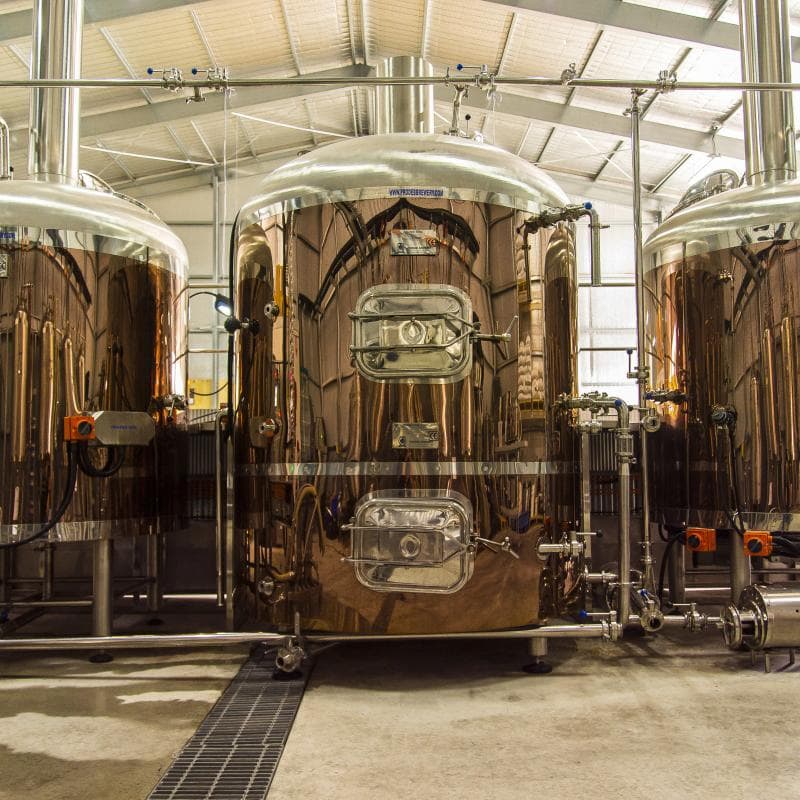 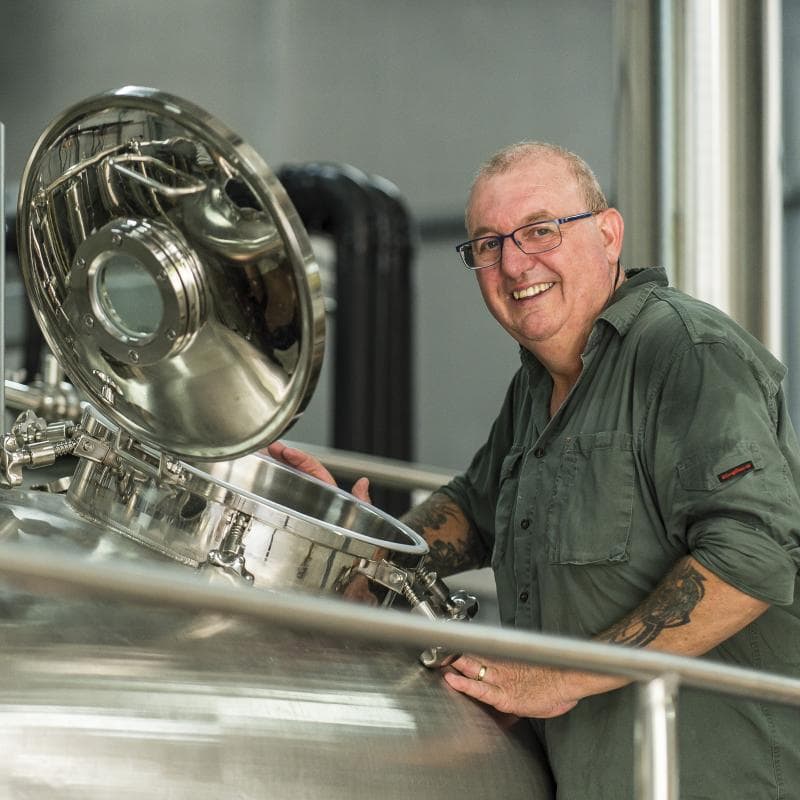 In May 2016, the order was placed for their new brewing equipment, which was being custom made in Chennai, India. Promised timelines for delivery were stretched, along with Brenton & Robyn’s patience, as delay after delay pushed the date of their equipment’s arrival in Australia out to May 2017, but finally with delivery complete the enormous task of installation could begin.

Using local Barossa trades things ran smoothly and by September 2017 the long awaited opening date for their Magnolia Street was drawing near.

Fate was again to have a hand in the story, but this time there was no Gold Medal glory, but rather a cancer diagnosis. Brenton was diagnosed with a malignant tumour surrounding his left kidney and underwent urgent surgery for removal of both tumour & kidney in late September.

Still quite ill but needing to get the place open to get some cash flow happening Brenton & Robyn celebrated the first day of trade at their new premises on Saturday 28th October 2017.

Whilst the operation was deemed a success, it became clear after 6 months that not all the cancer had been caught and further treatment for metastatic renal cancer was necessary. Chemotherapy, radiotherapy and finally Immunotherapy continue to dominate the lives of both Brenton and Robyn as they travel the road of Brenton’s terminal diagnosis with the knowledge that “life is short – you’ve got to make the best of it while you’re still here!”

Determined to continue brewing the best beers possible, Brenton is still working hard, regularly adding new beer styles to the extensive line up of traditional and old world styles that receive the Rehn Bier treatment. Multiple awards and medals have continued to be received for their beers, including another Gold in 2019 for the Extra Stout in the AIBA’s…..proof that the first wasn’t a fluke!

Proud of the welcoming & casual place that they have created, Brenton & Robyn are always on hand to welcome visitors to their brewhouse cellar door, and share their knowledge & passion for beer with all who visit.

Not quite a fairytale ending…… Brenton’s cancer re-emerged in September 2020 & finally claimed his life in January 2021.

Robyn & daughter Caitlin are continuing the legacy and running the brewery with the help of their fantastic staff.

It's free to join and we don't email that often!

You have Successfully Subscribed!